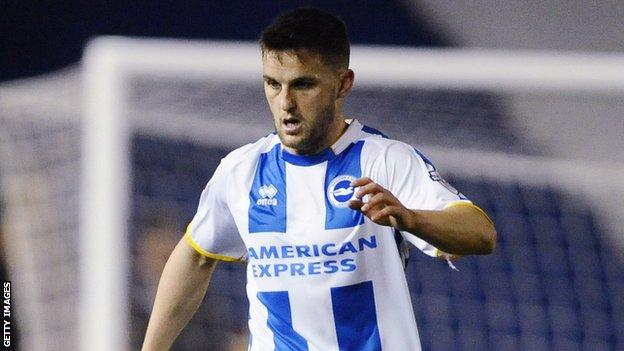 The 28-year-old Scotland international's current stint at the Amex Stadium is due to end ahead of the trip to Huddersfield on 21 December.

"I'm back to playing games, which is what I wanted to come here and do," he told BBC Sussex.

"I'm feeling good and playing well, so hopefully that will give me options."

Conway has made nine appearances since joining the Seagulls on a three-month deal in September.

He is grateful for the opportunity, although he cannot simply extend the deal when it expires next month because the loan window for Football League clubs closed on Thursday and does not re-open until January.

"I've got my match sharpness and fitness back and it is important for me to be playing games to feel at the top of my game. Hopefully I can add a couple of goals to that as well," he said.

"I always try and take one game at a time as that is all you can really do. Whatever happens, it can't be extended until January anyway."

Conway has helped Brighton win their last three games, which has lifted them up to ninth in the table, just two points outside the Championship play-off places.

"The last three results and performance have been pretty good," he added.

"It was just a case of taking a few chances and keeping teams out at the other end. We have a good squad so it was inevitable that the results would come."