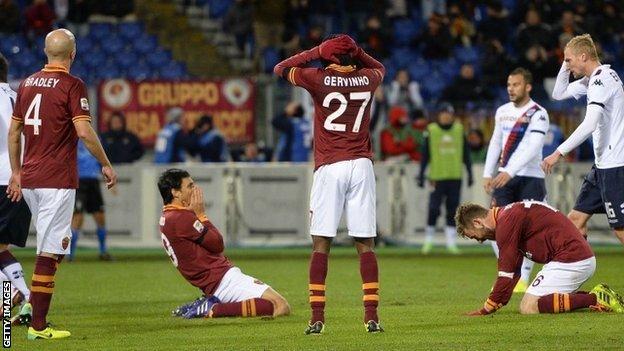 Italian football's top two are both in action on Sunday as Roma visit Atalanta and Juventus host Udinese.

Second-placed Roma, who are one point behind Juve, kick off at 14:00 GMT as they bid to return to the top of the table.

The capital side won their opening 10 games, a Serie A record, but have drawn the following three.

Struggling AC Milan, who sit 13th in the table, are away to bottom side Catania at 11:30 GMT.

Coach Massimiliano Allegri is reportedly under pressure after winning just three league matches this season, with players such as Robinho and Mario Balotelli to choose from.

Inter Milan would move up to third, until Napoli's match at Lazio on Monday at least, if they can beat Sampdoria at home.