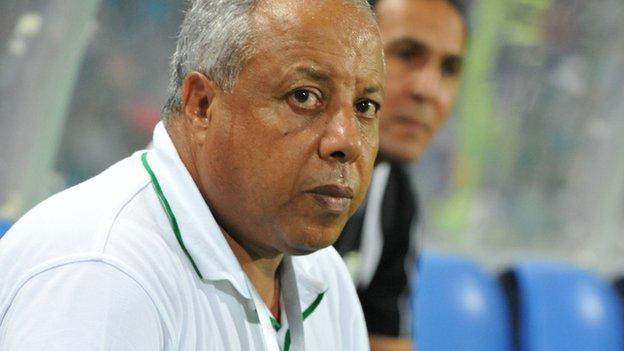 Raja Casablanca have sacked coach Mohamed Fakhir only two two weeks before the start of the Club World Cup in Morocco.

"A number of factors have allowed us to come to the conclusion that Raja could not stand up to the upcoming challenges with Fakhir in charge," spokesman Samir Chaouki told Atlantic radio.

He added that Hilal Tair, already a member of the staff, would take charge on an interim basis while the club search for a permanent successor.

The decision to part company with Fakhir comes after a 1-0 defeat to El Jadida on Thursday, a result which left Raja in fifth place in the Moroccan top flight, albeit just three points behind leaders Moghreb Tetouan.

Tunisian Nabil Maaloul and Portuguese Jose Romao are both contenders to replace Fakhir.

As reigning champions of the host nation, Raja will take part in next month's Club World Cup.

They will face Auckland City, the champions of Oceania, in a play-off in Agadir on 11 December, with the winner going through to a quarter-final against Concacaf champions Monterrey on 14 December.