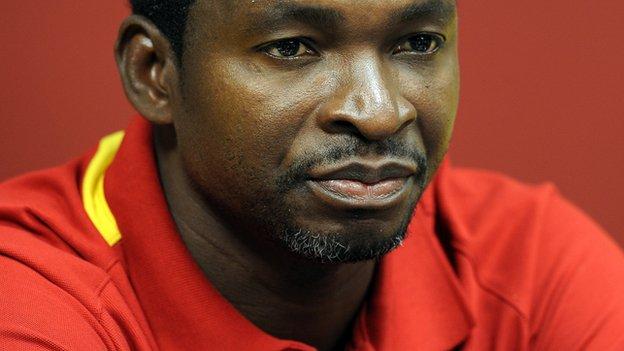 Ghana ended Senegal's unbeaten run to the final of the GoTV Wafu Cup and lifted the trophy after a 3-1 victory.

Under the guidance of coach Maxwell Konadu (pictured), Ghana made a fast start to the match, opening the scoring in the second minute when defender Kwabena Edusei converted a penalty after Mohammed Sulley had been fouled.

But Senegal settled into the match as the half wore on and went into the break level, thanks to captain Roger Gomis, who beat goalkeeper Stephen Adams with a well-struck shot.

With five minutes remaining, Ghana sealed the win when Sulley was again fouled in the box and for the second time in the match Edusei dispatched the spot-kick.

Senegal's misery was complete when Thioune Ousseynou was sent off shortly after.

Ghana won three games out of four matches at the competition and lost one.

Nouwoklo Kossivi put Togo in front after five minutes before Dossou Jodel equalised for Benin in the 34th minute.

Togo restored their lead through Saibou Badarou, who finished as the competition's top-scorers with four goals to win bronze.