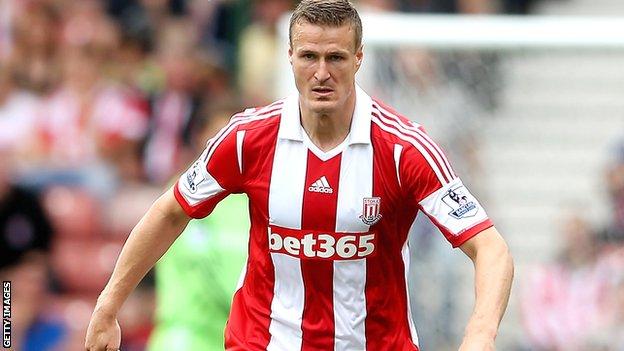 Stoke manager Mark Hughes says defender Robert Huth is likely to need surgery on his injured knee that would put him out of action for several weeks.

The 29-year-old former Chelsea player, who joined Stoke from Middlesbrough in 2009, had to be withdrawn late on in last weekend's 2-0 win over Sunderland.

"We hoped that we would be able to manage him through it," Hughes said.

"But it looks like he will have to have an operation on it, so we are going to lose him for a number of weeks."

The German has been an ever-present in the Premier League this term for Stoke, who are currently 14th with 13 points from their opening 12 matches.

Hughes will also be without forward Marko Arnautovic for Saturday's trip to Everton.

"Marko pulled up with a hamstring strain, so he is out as well," the Potters boss lamented.

"We hope to get him back sooner rather than later, but he will be missing."