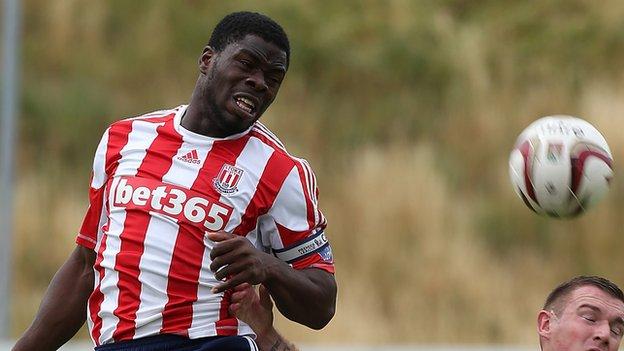 Forest Green have signed forward James Alabi on a month's loan from Stoke.

He joined Mansfield at the start of this season but featured only once for the Stags after getting sent off on his debut against Southend.

Rovers boss Adrian Pennock, who worked with Alabi during his time as coach at Stoke, said: "James is an explosive player who will bring lots of energy.

"I've known him since he came to Stoke as a 15-year-old and I worked with him as he came through the ranks, and he's very hungry to do well."