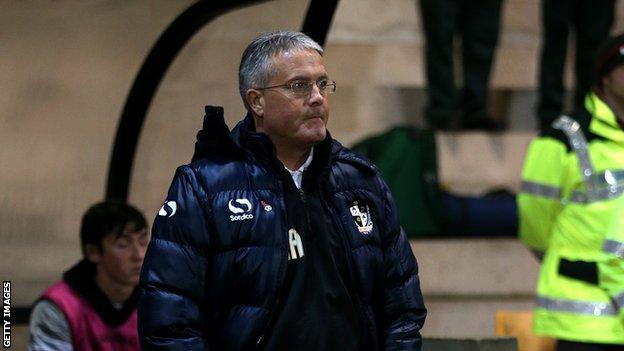 Three goals in the final 12 minutes helped Port Vale claim a 4-1 win over non-league Salisbury to secure their FA Cup third round place.

Conference side Salisbury threatened an upset when Dan Fitchett cancelled out Chris Robertson's first half opener.

But goals from Tom Pope, Robert Taylor and Ben Williamson in the closing stages earned Vale a comfortable win.

Vale, 48 places above Salisbury in the League pyramid, are the first side to book their place in the third round.

Salisbury were causing great anxiety in the Vale ranks until Pope rose to bury a downward 78th minute header and restore their lead at Vale Park.

Pope then produced a clever pass which gave substitute Taylor the space to extend their lead before Ben Williamson turned sharply to add the final goal in the last minute.