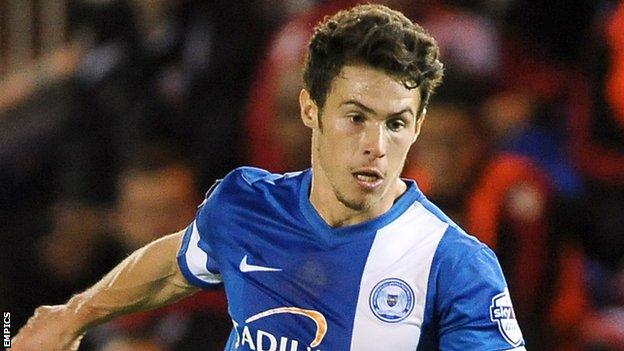 Peterborough United captain Tommy Rowe will be out for six weeks after undergoing knee surgery.

The 25-year-old winger had made a return to action in the weekend defeat by Stevenage after three games out.

"Tommy has had an op. He'll be out for six weeks," boss Darren Ferguson told BBC Radio Cambridgeshire.

"We'll miss him now. We tried one or two different things but we have to face up to the fact that he needs an operation to clear up the problem."

Posh are also without defender Craig Alcock and midfielders Joe Newell and Danny Kearns through injury for Saturday's visit of League One leaders Wolves, while striker Britt Assombalonga is suspended.

But centre-half Nat Knight-Percival should be fit.