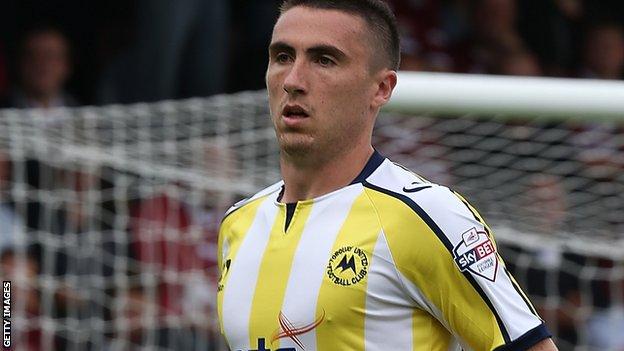 Notts County have brought in a trio of loan signings to strengthen their squad until January.

Striker Callum Ball, 21, has signed for the Magpies from Derby County to 2 January, having previously been loaned to Torquay and Coventry.

All three will be available for this weekend's home match with Brentford.