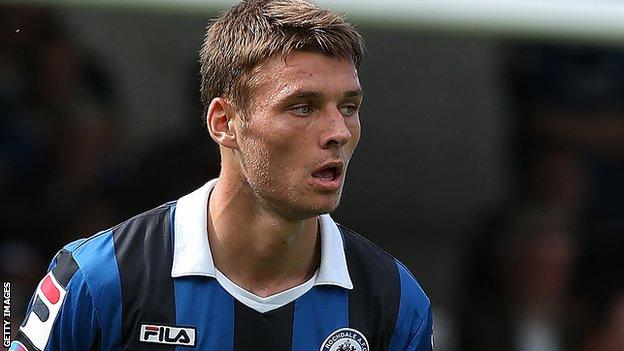 He has spent time with while Otsemobor, 30, has played more than 300 senior matches.

Peterson, 19, joined Liverpool's academy from Swedish side A Savedalens IF in January 2011.

"Ryan has more than 30 games of Football League experience under his belt," Tranmere manager Ronnie Moore told the club website.

"He has done well in his previous spells out on loan, so I look forward to working with him.

"Jon is an experienced player who can play right back, centre back or in midfield so he gives us plenty of options.

"Kristoffer is a player I've had my eye on for a while. He's a fast, tricky winger who creates chances for others and has a good scoring record too."