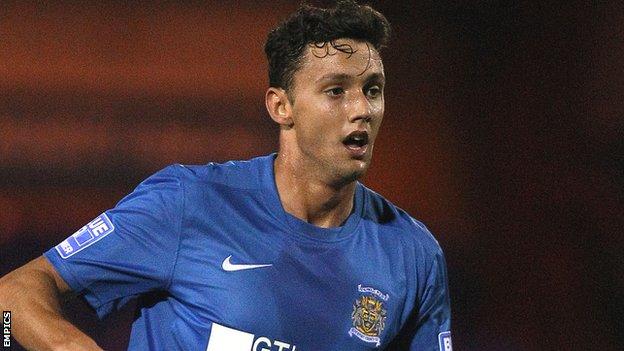 who have yet to win this season, from relegated Stockport County in August and has been a regular for the Tigers this term.

Macclesfield travel to Tamworth in the FA Trophy on Saturday.

Mainwaring will be available to play in that game but is unable to feature in their FA Cup second round tie against Brackley as he is cup-tied.

He appeared as a second-half substitute in Hyde's fourth qualifying round defeat at Wrexham.