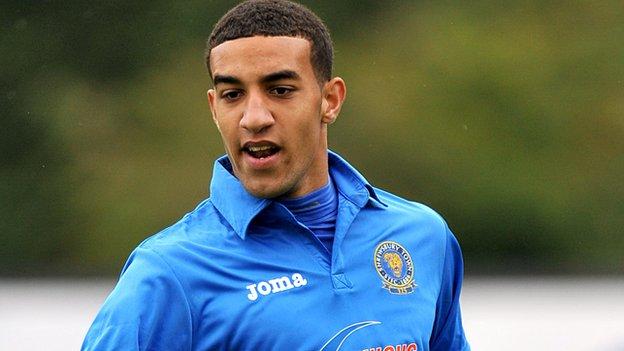 Cheltenham Town have signed three players on loan until 4 January.

Defender Connor Goldson, 20, arrives from Shrewsbury, where he has made 18 appearances this season, seven of them as a substitute.

Striker Kemar Roofe, also 20, has joined from Premier League West Brom, with whom he agreed a new one-year contract in the summer.

Roofe has yet to feature for his parent club, but had a loan spell at Northampton last season.

Ajala, meanwhile, has made two substitute appearances for League One Bristol City.