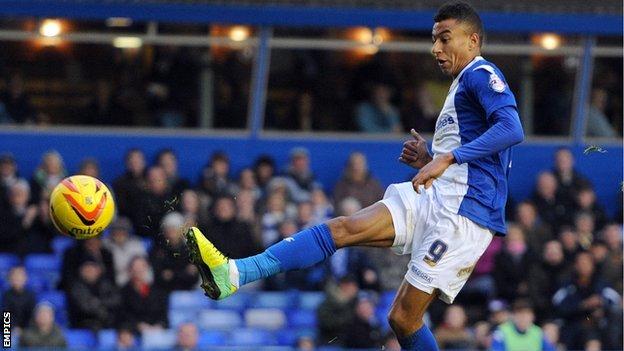 The 20-year-old, who initially arrived at St Andrew's in September, signed a two-month extension in October, tying him to Blues until 14 December.

But his new loan extension takes him up to and including the New Year's Day home game with Barnsley.

England Under-21 international Lingard has so far scored six goals in seven matches for Blues.

Prior to Lingard's arrival, City had managed just four goals in seven matches this season - and one of them was an own goal.

But, sparked by his stunning four-goal debut against Sheffield Wednesday in September, Lee Clark's side then hit 12 goals in the next five matches.

And, although he missed three matches with a knee injury at the end of October, this extension makes him available for a further four Championship games.

Blues currently stand 21st in the Championship, just one place, although with a four-point cushion, above the relegation zone.