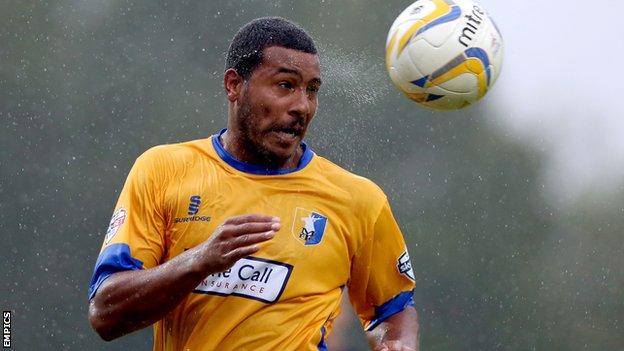 The 25-year-old joined the Stags this summer and has made four appearances for the League Two club.

The Antigua & Barbuda international has had two previous loan spells at Woking, and was part of the side that won the Conference South title in 2012.

The former Yeovil, Wycombe, Cambridge and Macclesfield man has scored seven goals in 36 appearances for the Cards.

Murtagh is eligible to make his debut in the FA Trophy tie at Hereford on Saturday.