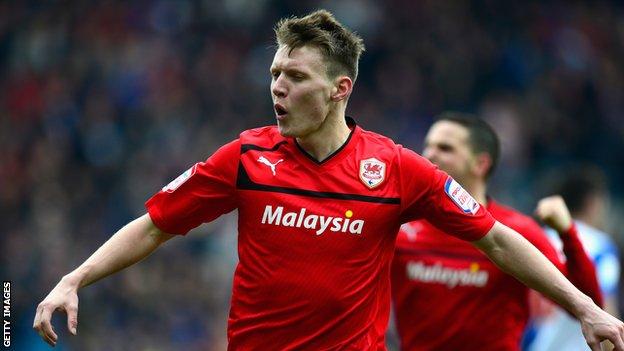 Cardiff City striker Joe Mason has joined Bolton on loan until 5 January, after having a move to the Championship side

Bolton on a temporary basis, only for the Welsh club to have a change of heart a day later.

However, a deal has now been completed for the 22-year-old to link up with Dougie Freedman's side.

The former Plymouth man has scored 18 goals during his time at Cardiff.

But he has made only two appearances for the Bluebirds this term, both of them in the Capital One Cup.

He joins another Cardiff player, Kevin McNaughton, at the Reebok Stadium.