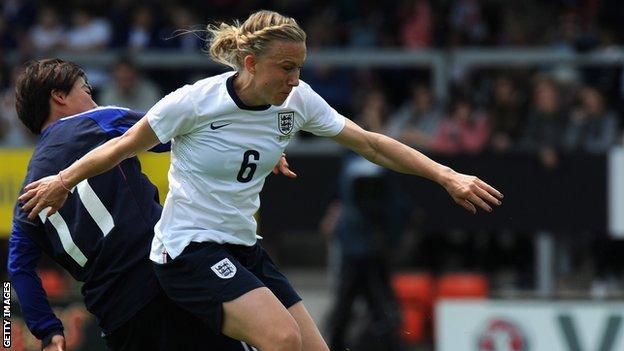 England defender Laura Bassett has signed for Chelsea Ladies after rejecting a new deal at Birmingham.

Bassett, 30, joined Birmingham for a second stint in 2010 having spent eight years with City from 2000. She has also played for Coventry, Arsenal and Leeds.

"The move is absolutely brilliant and I can't wait to get started," she said.

"Chelsea is a massive club with a big-club mentality so it is a new challenge for me, which is exciting."

Bassett will make her Chelsea debut in the International Women's Club Championship in Japan next week.

She follows 25-year-old striker Rachel Williams, who also moved from Birmingham to Chelsea earlier this month.