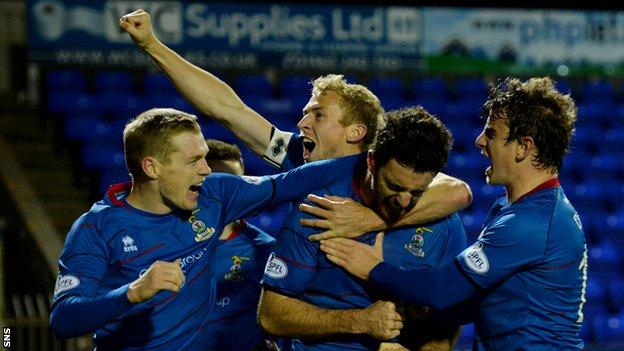 Inverness CT say they are pleased with the progress being made in their search for a new manager.

But no appointment will be made before Saturday's Scottish Cup tie with Morton, as had been hoped.

The club have been given permission to talk to Alloa boss Paul Hartley, while other candidates are in the running.

"Over the weekend we will be reducing the list to two people who will then meet the board to close off the process," said chairman Kenny Cameron.

He added: "The appointment will thus be made by the middle of next week.

"The candidates we have interviewed have been of high calibre in their presentations, which is most encouraging.

"Others had club commitments which meant they could not meet us until later in the week.

"This means that (youth coaches) Duncan Shearer and Scott Kellacher will continue in charge of the team for Saturday's Scottish Cup tie."

Caley Thistle, second in the Premiership, are seeking a replacement for Terry Butcher, who left to take over at Hibernian.

Former Scotland manager Craig Levein has been linked with the post, as has ex-Celtic striker Chris Sutton, while John Hughes and Kenny Shiels submitted applications.