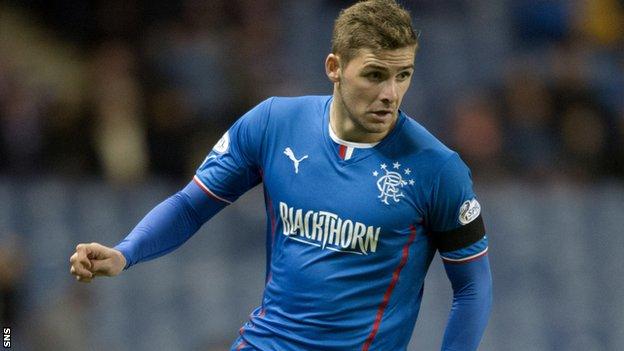 The 22-year-old had recently returned from 10 weeks on the sidelines after sustaining ankle ligament damage during his club's pre-season tour in July.

"It's not the same ankle he had surgery on last time but Kyle said he heard a crack before he went down," coach Gordon Durie told the club website.

Hutton has started just one first team game this season.

His other four appearances have come from the substitutes' bench as he worked on regaining match-fitness.

Writing on Twitter, Hutton said: "Got the results back and I have broken my leg, got no luck at the minute gutted is an understatement! Just need to try and look forward!"