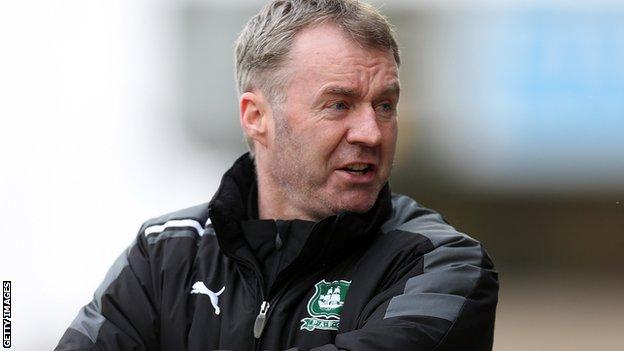 The Gulls remain in the League Two relegation zone despite their performance in Tuesday's 1-1 draw with Argyle at Plainmoor.

"Torquay made it very hard for us, they were in our face and didn't allow us to play," Sheridan told BBC Radio Devon.

"They don't look like a team near the bottom of the league and they put a lot of effort in for their manager."

Both goals came in the opening 10 minutes, with Argyle's Reuben Reid scoring from the penalty spot to cancel out Elliot Benyon's opener.

"Credit to them in the way they played," Sheridan continued.

"They haven't been winning games and are in a vulnerable position, but I was just pleased how my players set about it."

The and also meant that Torquay have gone 10 games without a win, which has intensified

"I thought the players came out and responded just how we want them to respond. If we play with commitment, passion and tempo then we can compete in the league and that's what we need consistently, that's the difference.

"We need the points and any point at this stage of the season is good for us."