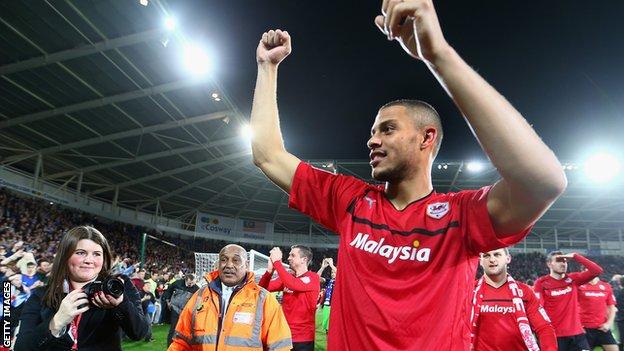 Cardiff striker Rudy Gestede has joined Blackburn Rovers on loan, with a view to a permanent transfer in January.

But the 25-year-old has only played five times for Cardiff this season.

Gestede has moved to Rovers until January and could make his debut in the Championship fixture against Leeds United at Ewood Park on Saturday.

"I'm very happy to join Blackburn. It's a massive club with a great history," he told the club website.

"Of course we [Cardiff] played against them last season, so I know it's a good club with a good atmosphere.

"The fans are amazing, like they are at Cardiff, and maybe that's why I chose this club."