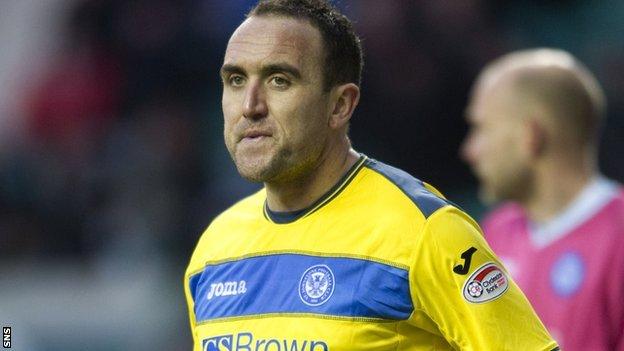 St Johnstone have signed former Manchester City winger Lee Croft until the end of the season.

It is the 28-year-old's second spell at McDiarmid Park, having been on loan with the Saints from Derby last year.

Croft, who also spent time at Norwich City, scored three goals in 11 appearances in Perth during the second half of the 2011-12 season.

He played in more than 50 games for Oldham last term but has been without a club since the summer.

Croft came through the youth system at Man City and played for their senior team between 2004 and 2006.