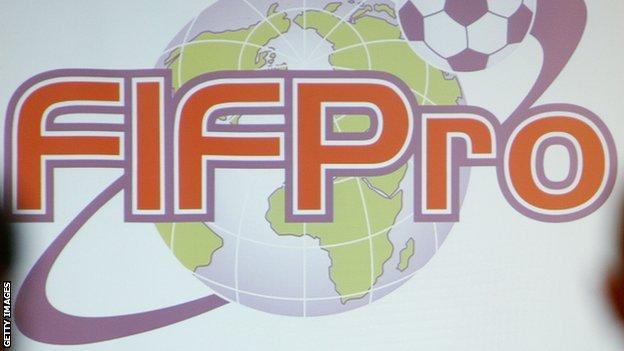 Representatives of a global players' union will seek talks with Qatar's football authorities over claims of the abuse of players' rights.

French-Algerian player Zahir Belounis is in dispute with Al-Jaish over unpaid wages and cannot leave the country.

Delegates from the International Federation of Professional Footballers (FIFPro) will go to Qatar on Thursday.

"(FIFPro) will not sit idly by as the rights of the players are being abused," FIFPro's statement said.

The FIFPro delegation will meet Belounis when it arrives in Qatar for a four-day visit.

Belounis is not allowed to leave Qatar, where the World Cup is being held in 2022, due to the country's "kafala" employment system as he is suing Al-Jaish, where he is under contract until 2015.

"To prevent future misery for professional footballers, FIFPro will target the application of the kafala system with Qatari authorities and football's world governing body FIFA."

FIFPro also has concerns about allegations of human rights violations in the construction of World Cup stadiums.

"While FIFPro's primary concern must be the players, we will not overlook the tragedy which is currently unfolding in Qatar," FIFPro's statement said.