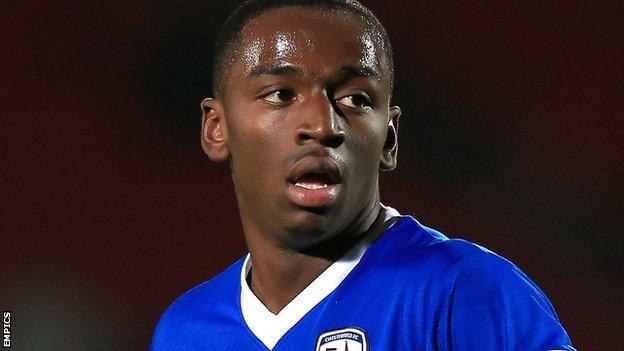 The 20-year-old right-sided player, released by Blackburn Rovers in the summer, has gone out on loan just a fortnight after being signed on a one-year contract with the Clarets.

He will be available for Tuesday night's rearranged home game against FC Halifax at Edgar Street.

Evans had three separate loan spells in his time on the books at Ewood Park.

He made 24 appearances for Accrington Stanley during the 2011-12 season, scoring at Edgar Street against the Bulls in a 1-1 draw in November 2011.

He then spent three months on loan at Chesterfield last season before spending another month at Macclesfield in January.

Evans then initially joined Burnley on trial last summer after his release by Blackburn, playing several times for the development squad.

Hereford have risen to 17th in the Conference Premier on the back of an encouraging unbeaten run of five points from three matches.