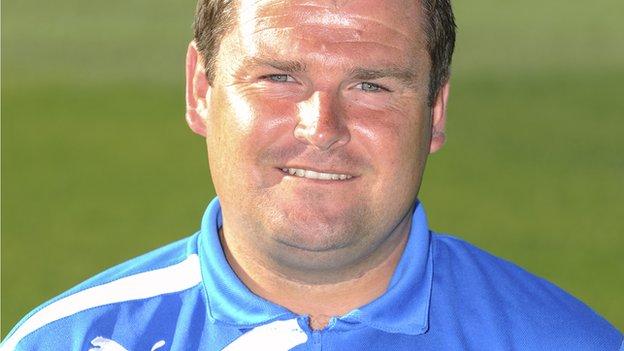 Coventry City academy manager Gregor Rioch has quit his role after six and a half years with the Sky Blues.

But after bringing through a stream of talent at City's Ryton training ground, Rioch says he wants a fresh challenge.

"I'd like to think I'm leaving the Academy in very strong shape," he said.

"I believe we've made fantastic progress over the past few years. But it's been a real team effort.

"Ultimately, a club's Academy is only as good as the number of first-team players it goes on to produce and we have made dramatic progress on that front in recent seasons.

"We've seen 21 Academy players make their first-team debuts and have had more than 450 first team appearances in that time.

"This season is proving just how important a strong Academy is to the football club, with so many players in the first team squad who are making a real impact in league football.

"That bodes well for the club when it comes to recruitment too because parents and players can see that there is a path into the first team from the Academy and that is, ultimately, where every player wants to be.

"When Gregor approached me to say he felt he needed a new challenge I made it obvious that I wanted to keep him here," said Waggott. "But this is a personal decision for Gregor and once he had made up his mind, we have had to plan accordingly.

"The Academy is of vital importance to Coventry City and the way we are structuring the football department. That work will continue, especially as we implement our Elite Player Performance Plan."