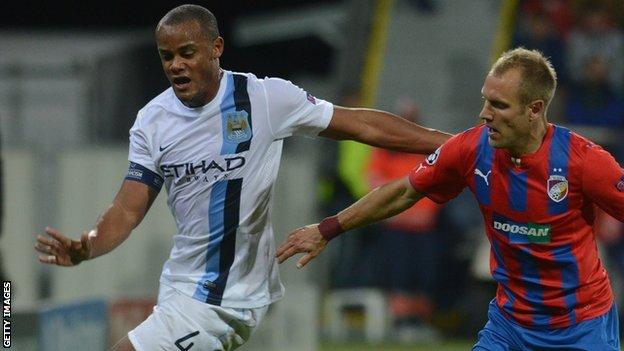 Manchester City captain Vincent Kompany could be set to return to the first team against West Brom on Wednesday after being selected in the City squad.

The Belgium defender has not played since picking up a thigh injury in the 3-1 win over Everton on 5 October.

He has been back in full training for the last week and will travel with the team for the trip to The Hawthorns.

Boss Manuel Pellegrini said: "Vincent is very important. He is a very good defender and of course we need him."

The 27-year-old trained before City's Champions League game against Viktoria Plzen on 27 September but was not fit enough to play in the 4-2 win.

During Kompany's 10-game absence, City have lost away to Sunderland and Chelsea although Pellegrini was keen to downplay his captain's influence.

"In the last five [domestic] games just Sunderland have scored one goal [against us]. In all the others we have had clean sheets," said the Chilean.

"So the other defenders can do it as well, but Vincent is always an important player."