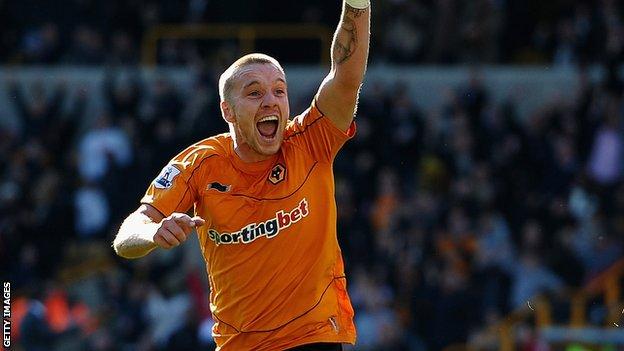 Wolves midfielder Jamie O'Hara is training at Blackpool with a view to a loan move.

O'Hara, who in 2011, was after Wolves dropped into League One.

The 27-year-old was and has made two appearances as a substitute this term.

"The idea is he has a few days training with them with a view to a loan move by Thursday," said Jackett.

Former England Under-21 midfielder O'Hara first joined Wolves on loan in January 2011 and helped the club avoid relegation from the Premier League before completing a permanent switch from Tottenham.

However, Wanderers suffered successive relegations in the following two seasons and O'Hara, one of Wolves' highest wage earners, was told he could leave Molineux in the summer.

Blackpool are fourth in the Championship, but are operating with a relatively small squad and will look to complete a move for O'Hara before the loan deadline if he impresses during a short trial.