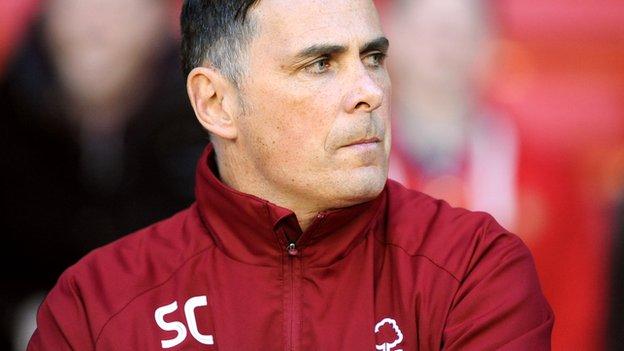 The 45-year-old also takes over as academy manager at the Northern League Premier Division club.

"It's a massive appointment for us," Robins chairman Dave Mantle told the club website.

"We knew when Darren Caskey left us last month to join Gateshead he would be an incredibly tough act to follow, but Steve is perfect for the role.

"He's a hugely experienced youth coach with a great knowledge of young players in this region and it's ideal for both parties that he also wants to be involved at senior level."

Chettle, who made 528 appearances for Forest during a 13-year career at the City Ground, ended his career with the now-defunct Ilkeston Town after spells at Barnsley, Grimsby Town and Burton Albion.

He must serve a notice period with Forest before completing his switch to the New Manor Ground next month.

Chettle's son Callum, 17, who joined the Robins as a scholarship holder after being released by the Forest academy, has been a regular for Ilkeston's first-team this season.

The club reached the FA Youth Cup second round earlier this month, where they were knocked out 1-0 by Accrington Stanley.