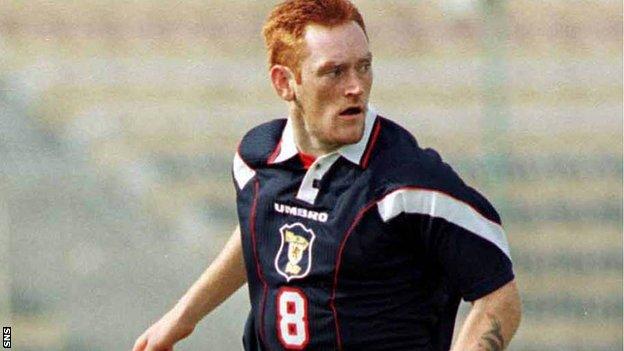 Greenock-born Hopkin had been Morton's development squad coach and takes the managerial role following the sacking of Allan Moore on Saturday.

Moore left with the Cappielow side sitting bottom of the Scottish Championship having only won two out of 14 league games this season.

Morton visit Inverness CT in the Scottish Cup fourth round this weekend.

Hopkin, 43, began and ended his playing career with his hometown side, with a successful time in England sandwiched between.

Moore departed Cappielow after a 5-1 hammering at home to Livingston.

Despite his side knocking Celtic out of the Scottish League Cup, he could not guide Morton to the heights of last season, when they finished as runners-up to Partick Thistle.