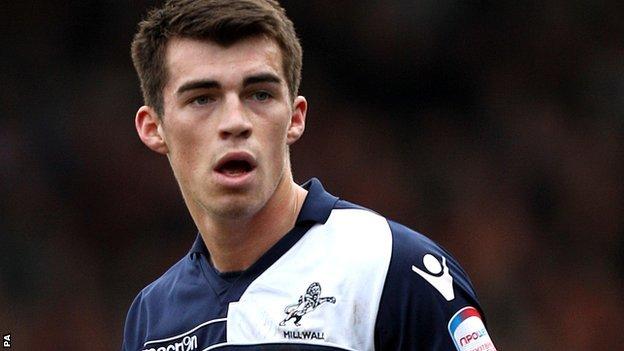 The 21-year-old recently returned to The Den after a loan spell with Portsmouth, where he scored two goals in six appearances.

Marquis has made 23 starts for Millwall, plus 25 appearances as a substitute, and has eight goals for the Championship club.

McCallum has returned to West Ham after picking up a back injury.

The 20-year-old scored three goals during his time at Plainmoor, including a brace in the 3-1 win against York City,

Marquis is expected to go straight into the Gulls side to face Plymouth in the Devon derby on Tuesday.