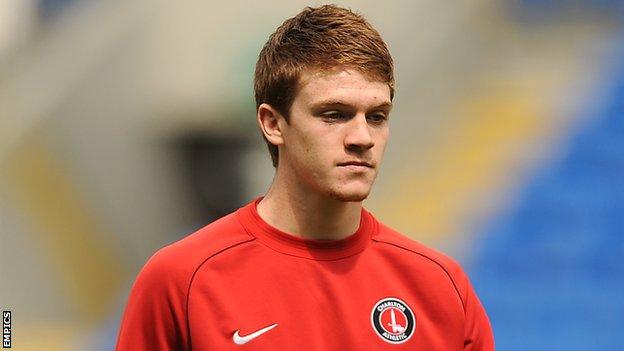 The 21-year-old centre-back, who made two appearances during a spell at Carlisle earlier this season, will be with the Dons until 4 January.

The Republic of Ireland Under-21 international has not played a senior game for the Addicks since joining from Bohemians in January 2012.

Feely is eligible to make his debut in Tuesday's game against Dagenham.

Meanwhile, Dons striker Charlie Strutton has returned to the club after fracturing his fibula and straining ankle ligaments while making his debut for Aldershot Town.

The 24-year-old, who only joined the Conference Premier side on a one-month loan deal on Friday, was stretchered off in the 5-1 win over Southport the following day.