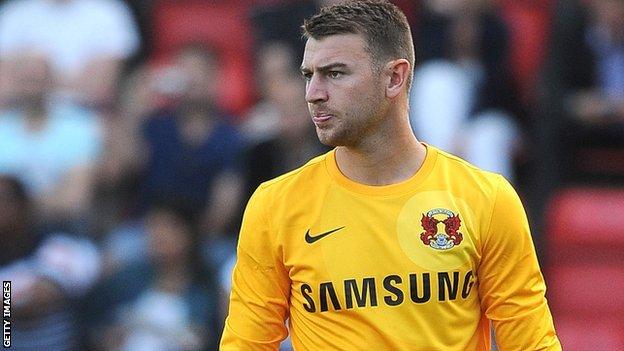 The Football Association will investigate an incident in which Leyton Orient goalkeeper Jamie Jones appeared to be attacked by a fan at Swindon.

A 26-year-old man was arrested after seeming to throw three punches at Jones in the second half of Orient's 3-1 win at the County Ground.

Jones was unhurt, but the spectator could face a lifetime ban.

The FA will speak to officials from both Swindon and Orient before deciding on whether to take any action.

An FA spokesman said: "We deplore scenes of this kind and would call for the authorities to take the appropriate actions if allegations of assault are proven.

"We will be speaking to both clubs involved to determine the facts surrounding the incident."

Moses Odubajo scored twice to help the London side to the victory, which took them top of League One.