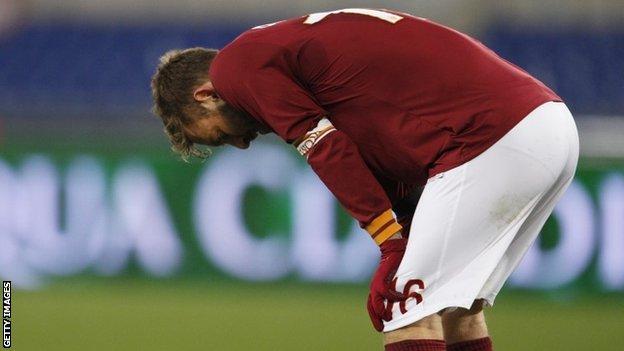 Roma wasted the chance to go back to the top of Serie A as they were held to a goalless draw by Cagliari.

Juventus had gone top of the table at the weekend and Roma were unable to find a way past Cagliari goalkeeper Vlada Avramov.

Roma boss Rudi Garcia was sent to the stands late on after an altercation on the touchline.

Garcia said: "Maybe I was just too involved in the game.

"This was an unexpected result. People often say if you can't win, the next best thing is not to lose.

"But we had a really good game, created a lot of chances and in the end showed that the best player on the park was their goalkeeper."

Roma started the Serie A campaign with 10 straight victories, but have now failed to win their last three matches, drawing them all.

They remain unbeaten but are a point behind Juventus.