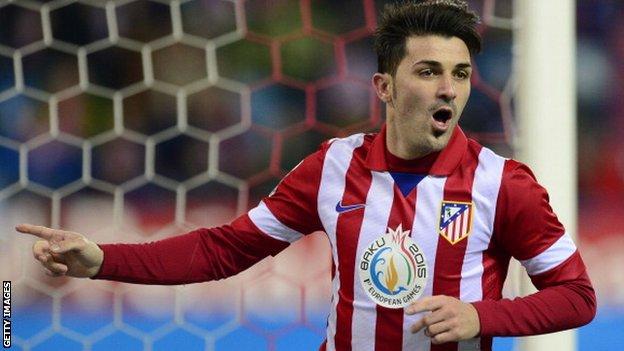 David Villa scored twice as Atletico Madrid kept the pressure on his former club Barcelona at the top of La Liga with a 7-0 victory over Getafe.

Raul Garcia opened the scoring and an own goal from Alberto Lopo gave the hosts a 2-0 interval lead before Getafe's Juan Valera was sent off.

Atletico were 4-0 ahead by the 52nd minute, Villa and Garcia scoring in the space of three minutes.

The win lifted Atletico back into second spot, three points behind Barcelona, after Real Madrid had briefly gone ahead of them after winning 5-0 at Almeria.