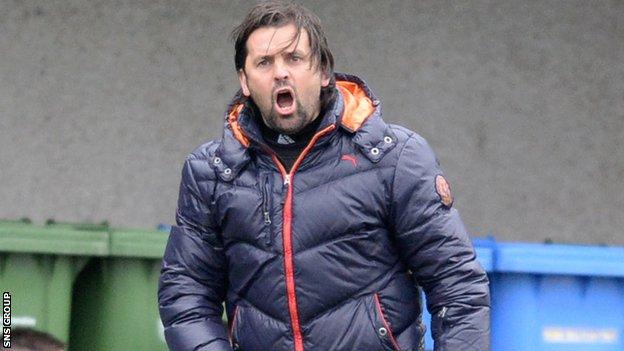 The 37-year-old former Scotland midfielder has won back-to-back promotions, having taken up the post at Recreation Park in May 2011.

And the part-time Wasps are currently sitting fifth in the Championship.

Caley Thistle, second in the Premiership, are seeking a replacement for Terry Butcher, who left to take over at Hibernian.

And it is understood Hartley is not the only candidate for the job.

Former Scotland manager Craig Levein has been linked with the post, as has ex-Celtic striker Chris Sutton, while John Hughes and Kenny Shiels submitted applications.