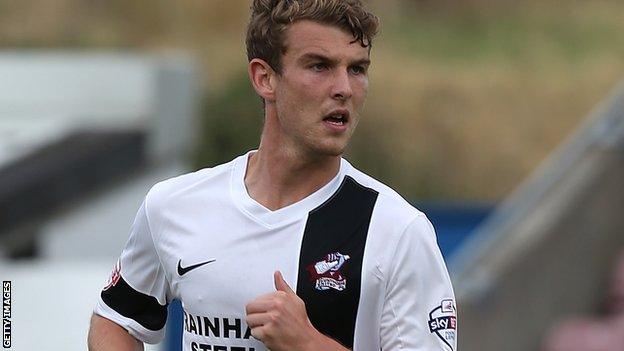 Sam Winnall scored his ninth of the season early on when he turned on the edge of the six-yard box to rifle home.

Torquay's Anthony O'Connor headed into his own net to double the Iron's lead before Hakeeb Adelakun struck a third.

The visitors found it difficult to trouble the home side but did manage a consolation when John Marquis' shot inched past goalkeeper Sam Slocombe.

The win sees Scunthorpe rise to fourth in the table, one point off top spot, whilst Torquay now lie bottom of League Two.

"It was a hard-fought win, I thought we certainly weren't at our best. We looked a bit nervous, but whether it's playing at home again I'm not sure.

"The first five minutes it looked a bit edgy - we looked like the team that was struggling at the wrong end of the leagye.

"We had little spells, little pockets in the game where we did show some good quality but it was a really tough game.