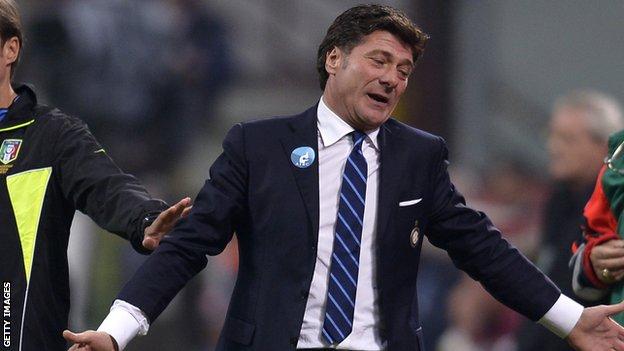 Inter Milan's frustrating campaign continued as they were held to a draw at struggling Bologna to remain fourth in the Serie A table.

Inter finally levelled through defender Jonathan's deflected shot before Juan Jesus volleying against the Bologna woodwork in the dying moments.

It was Inter's fifth draw in 13 league games since Mazzarri was appointed manager in May and leaves them eight points behind leaders Juventus.

Elsewhere, Sinisa Mihajlovic was denied a winning start as Sampdoria coach when his 10-man team allowed Lazio's Lorik Cana to score with the last kick of the game to snatch a 1-1 draw after Roberto Soriano broke the deadlock.