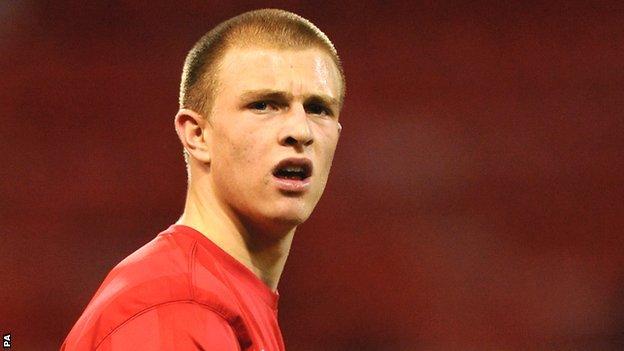 Tamworth have extended the loan of Nottingham Forest midfielder David Morgan for the rest of the season.

Morgan has made two appearances for the Lambs since arriving in late October.

Having been on Forest's books since signing from Northern Irish club Ards at the age of 14, he is now a Northern Ireland Under-21 international.

Morgan, 19, had two loan spells away from the City Ground last season, first with Conference Premier side Lincoln City and then Dundee.

During his spell on Tayside, he made one Scottish Premier League appearance against Celtic at Parkhead.

Dale Belford's Lambs lie 20th in the Conference Premier, ahead of this Saturday's trip to Aggborough for the derby clash against Kidderminster Harriers.