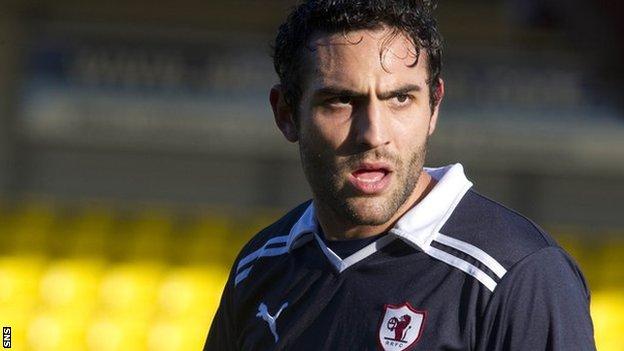 Dundee United have lost their appeal against a compensation fee demanded by Argentine club Velez Sarsfield for striker Damian Casalinuovo.

The Court of Arbitration for Sport ruled that the Premiership club must pay more than £200,000 for their former player, who signed in 2009.

Casalinuovo had insisted he was a free agent when he arrived at Tannadice.

But Sarsfield claimed compensation for development and United have been told to pay £163,000 plus interest.

We are encouraged that the original claim has been reduced

A Fifa tribunal had previously reduced the initial claim of £333,000, but United have failed in a further appeal against the governing body's decision to the court in Lausanne, after a three-month wait.

United said in a website statement: "Dundee United note with disappointment the decision of Cas to only partially uphold our appeal and award 195,000 Euros in respect of training compensation to Velez Sarsfield in respect of Damian Casalinouvo.

"We are encouraged that the original claim has been reduced and will now consider the decision fully before making any further comment."

Casalinouvo only played 25 league games for United before moving to Hamilton Academical and then Raith Rovers.

The 26-year-old was forced to retire with a back problem in summer 2012 and has become an accountant back in his native Argentina.

United this month approved a change of ownership that meant chairman Stephen Thompson became the club's majority stakeholder with 52% of the shares.

The club said that, as a result, a "six-figure" sum would be invested in the Premiership outfit.

They pointed out that they had posted a profit in three of the last three years and reduced long-term debt from a peak of £6m to just over £3m.

However, United have in recent seasons sold top strikers David Goodwillie and Johnny Russell in order to improve their finances.

This summer, they rejected a £600,000 offer from Sunderland for defender John Souttar, who has since turned 17, while fellow teenage protege Ryan Gauld is also attracting interest from English clubs.