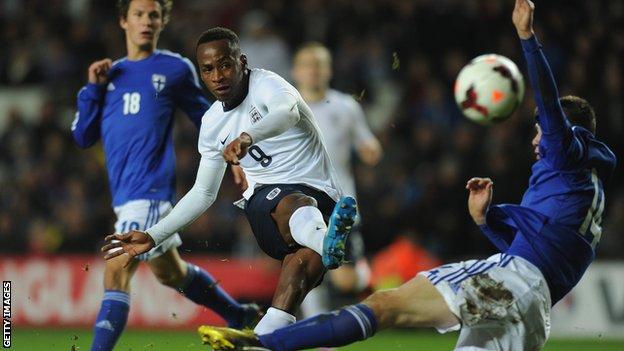 West Brom striker Saido Berahino has signed a new three-and-a-half year deal worth around £20,000 per week.

The England Under-21 international, who was on £850 per week, has scored 12 goals this season.

Talks had been ongoing for some time and Arsenal, Chelsea and Everton had been monitoring the 20-year-old's contract negotiations.

"It's great news for Saido and fantastic news for the club and the supporters," said manager Steve Clarke.

"He's been a breath of fresh air in our squad this year.

"It will be great for Saido because he is a young boy who has maybe become a little bit distracted by the fact it has been ongoing for so long."

Clarke had previously spoken of his fear at potentially losing the player, whose contract had been due to expire at the end of the season.

The youngster has shot to prominence this season, scoring the winner at Old Trafford, finding the net against Arsenal and becoming the first West Brom player in 20 years to score a hat-trick on his full debut.