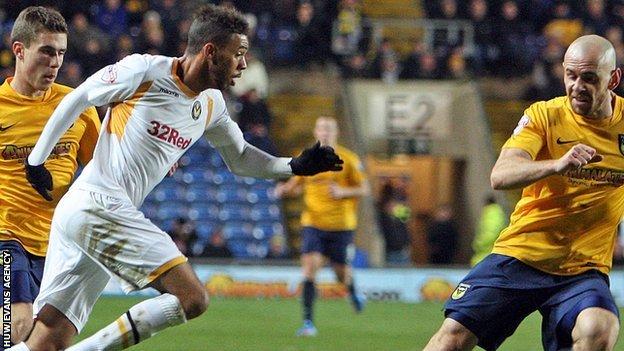 The game was uninspiring for long periods and a draw was arguably a fair result.

County's Christian Jolley came closest to breaking the deadlock when he hit the bar late on.

Oxford have now lost three, won three and drawn at home this season and it was Newport's seventh draw from 18 league games in 2013-14.

It also left Newport having not conceded a goal in almost nine hours of play.

"It wasn't a vintage performance in possession of the ball, but it's certainly very, very good without the ball.

"I thought we looked solid. [We] restricted Oxford to very few chances and at the end Christian Jolley's nearly snatched it for us.

"Whether or not we would have deserved it I don't know. But to come to the league leaders and again not look like conceding - we're certainly delighted with that.

"[We] perhaps didn't have that cutting edge in the game as we would have liked and as we have done a lot of times this season.

"But I certainly feel it was a very good performance."