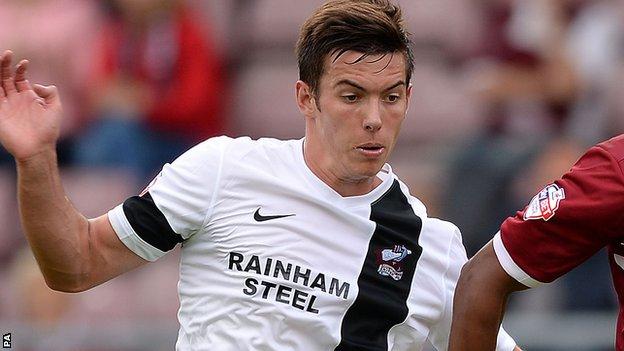 Scunthorpe inflicted a heavy defeat on nine-man Rochdale, who missed the chance to go top of League Two.

The game was goalless at half-time but Niall Canavan's close-range effort set the Iron on the way to victory.

Dale captain Oliver Lancashire was sent off for two bookable offences and Sam Winnall scored from the spot, after Jack O'Connell had been dismissed for bringing down Jimmy Spencer in the box.

Spencer and David Syres struck late on to complete a memorable away win.

Scunthorpe have won both games since Brian Laws was sacked and Russ Wilcox was placed in temporary charge.

"The first half was a really good performance. I don't want to talk too much about the second half and the way the game ended.

"We weren't given the opportunity to reflect our capabilities.

"That's not the players' fault or to their detriment. We haven't been thrashed at home - we've been denied an opportunity."