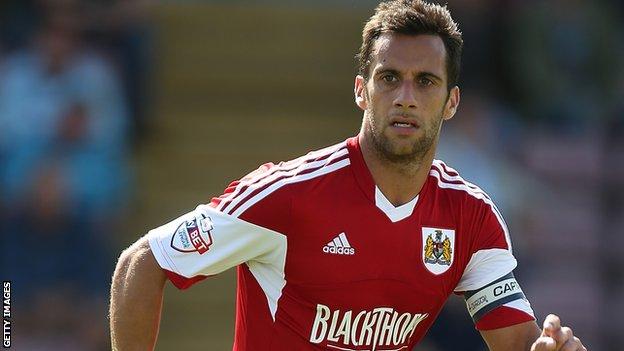 League One strugglers Bristol City twice came from behind to earn a point against high-flying Leyton Orient.

David Mooney hooked the ball in after Moses Odubajo's shot was blocked to give Orient a first-half advantage.

But Scott Cuthbert bundled the ball into his own net after Baldock's shot was saved to hand City a point.

The result means Russell Slade's side slip to second in the table following Wolves' win against Tranmere, while the Robins remain in the relegation zone despite having lost just one of their last seven matches.

"We're bemoaning another mistake which has gifted another team in this division the lead. We do it too often.

"But you can't change things, you have to react positively.

"At this level you're coaching decisions, not coaching technique. The more decisions they get right the better we'll be.

"I hope people go home happy, even though there's a fair few you can't please."