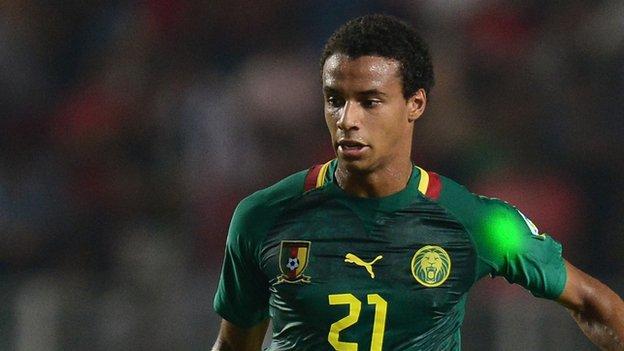 Tunisia's appeal over the eligibility of two Cameroon players following their 4-1 loss in a 2014 World Cup play-off has been rejected by Fifa.

The Tunisians had questioned whether Eric-Maxim Choupo-Moting and Joel Matip (pictured) fulfilled nationality criteria to play for Cameroon.

Both players were born in Germany, while Joel Matip has a German mother but a Cameroonian father, Jean Matip, who played for his country.

Choupo-Moting played for German youth teams, but had his switch of national allegiance approved by Fifa before representing Cameroon.

And Tunisia's complaint came despite both players being firmly established in the Indomitable Lions squad - and both played at the 2010 World Cup in South Africa.

Tunisia were the benefits of a Fifa ruling on ineligible players when Cape Verde were deducted three qualifying points for using a player who should have been suspended for the match.