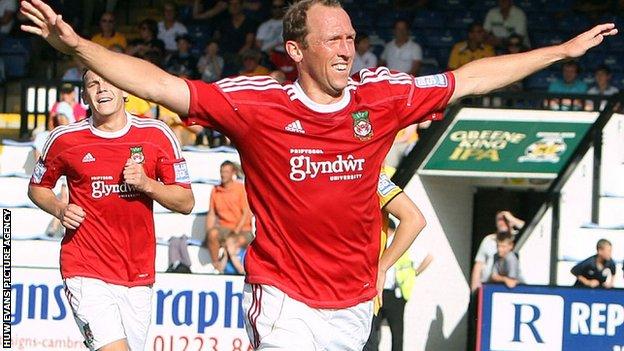 Morrell volleyed home Robert Ogleby's cross in the 30th minute after coming on for the injured Brett Ormerod.

Jamie Turley's dismissal after picking up two yellow cards in as many minutes confirmed Forest Green would not add to their run of three consecutive wins.

"He [Andy Morrell] wasn't even going to put himself on the bench at one o'clock, we managed to talk him around because we know what he's got, he plays the game in the right way.

"I thought he deserved man of the match. He's come on and he's changed the game, scored a wonderful goal and hopefully that's the start of him now because we've worked without him for so long it was like signing a new player."

"Obviously we're very disappointed at losing 2-0 but I can't fault the lads at all.

"I thought we started the game really well. We had some really good chances but it just wasn't our day today.

"What I was really pleased about is that we just didn't stop. What I was a little disappointed with was the first half when we were just smashing the ball forward.

"In the second half, even down to 10 men, we did get a bit more composure on the ball which was pleasing."