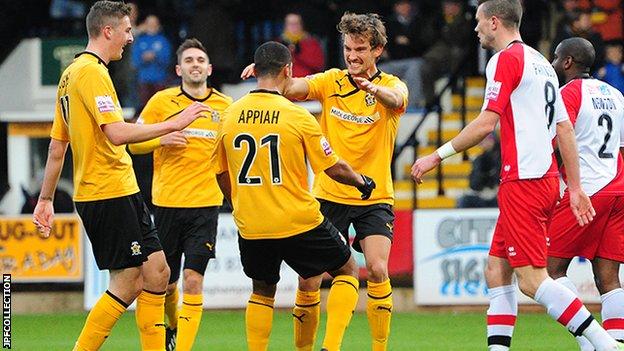 Midfielder Harrison Dunk scored both goals as Cambridge maintained their perfect home record with a 10th successive win at the Abbey Stadium.

The Conference leaders were soon in front as Dunk forced home from close range after Woking failed to clear.

And he then doubled their advantage when he met Kwesi Appiah's cross with a diving header.

"I think we made it tough for ourselves. When you come up against any team in this league you cannot give away cheap goals in the first 10 minutes.

"But against the league leaders, who haven't dropped a point at home all season, it was very disappointing.

"Probably, over the 90 minutes we had the most possession.

"We came here quietly confident of giving a good account of ourselves but look at the first 10 minutes and we've really shot ourselves in the foot."