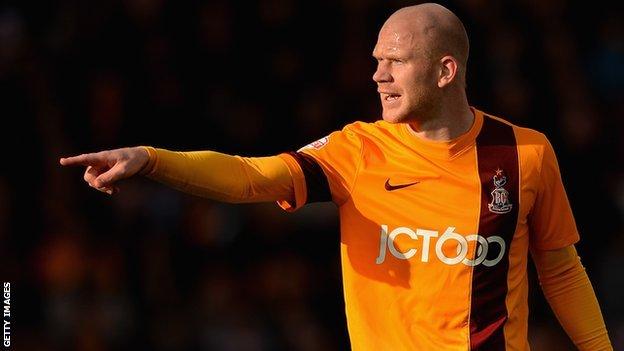 Jason Kennedy's late goal gave Bradford their first victory in seven League One games at the expense of MK Dons.

Wells tripped Dele Alli, leaving Shaun Williams to level again from 12 yards, only for Kennedy to slide James Meredith's cross in at the back post.

"We were by far the better team today. Sadly for us, we've lost the game, and I know why - silly errors.

"I've not been able to play my best players. I need to get them back in the team because we'll rectify the errors we are making.

"The referee was appalling. He didn't give us one decision today.

"I was more pleased when we went behind, how the players kept doing the right things to get back in the game. I think if you were here and neutral, you'd say the team in white should have won the game."