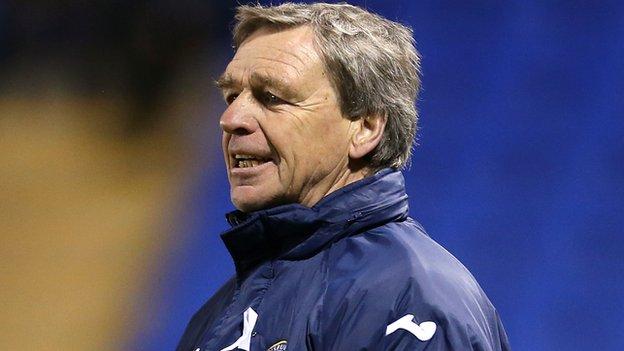 Adam Reach's fine strike wrapped up a hard-earned win against a Notts County side who remained rooted to the foot of the League One table.

Notts have now lost all four games under their new manager Shaun Derry.

Town keeper Chris Weale had to make an early save when Marcus Haber was sent clear and he was also tested late on by Jack Grealish and Manny Smith.

But, despite being hampered by the late first-half loss of injured midfielder Aaron Wildig, Shrewsbury were the more dangerous side.

Notts keeper Bartosz Bialkowski saved from Wildig and Reach shot before striker Ugwu smashed a close-range effort against the underside of the bar, while home centre-half Darren Jones headed a corner just wide.

"To finish the week with the three points has made it a pleasant afternoon.

"We had better passes and better crosses and I thought we had a good shape. There was some good build-up play at times, and we have played with a bit more confidence.

"It is very tight at the bottom - but you can only look after your own results.

"We have Oldham next up, on Tuesday night, and they turned us over in the JPT here earlier this season - but the way we have gone about it today we are more than capable of getting the three points."