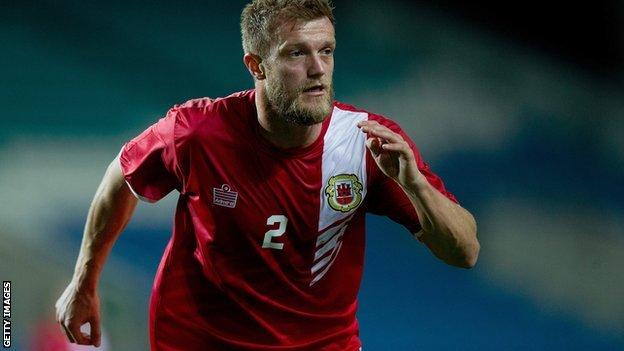 Scott Wiseman's own goal gave Millwall a win over Barnsley at The New Den.

Scott McDonald fired just off target for the hosts before Jacob Mellis twice went close for the Reds.

Visiting keeper Jack Butland made a superb save to deny sub Steve Morison from close range.

The Lions secured a first win in seven when Wiseman, who made his debut for Gibralter in their first game as a Uefa member on Tuesday, headed into his own net from Liam Feeney's cross.

The hosts pressed for an early lead with McDonald, Martyn Woolford and Guy Moussi all going close to breaking the deadlock.

David Flitcroft's side came back into the match and Marcus Pederson fired straight at David Forde when Mellis was well placed, before the former Chelsea man twice forced saves from the Millwall keeper.

Minutes after Butland had wonderfully denied Morison, Wiseman, who had earlier gone close at the right end, headed Feeney's cross beyond the England Under-21 goalkeeper.

The Reds pushed in search of an equaliser but defeat means they have made their worst start to a season since 1973 and remain in the bottom three.

"We've probably played better and lost. We had to dig in there and scrap and fight.

"When you're not playing at your best you've got to work to get that clean sheet and hope something falls for you.

"We got a little bit of luck for the own goal but I thought we deserved it.

"I'm baffled as to how we have not got something out of that game.

"It's disappointing because we had two or three great chances that we have missed but I still think we did not test their goalkeeper enough.

"Defensively we were excellent today and they never looked like scoring - we dominated.

"It probably sums up the game that Scott Wiseman has headed into his own goal after they created nothing."