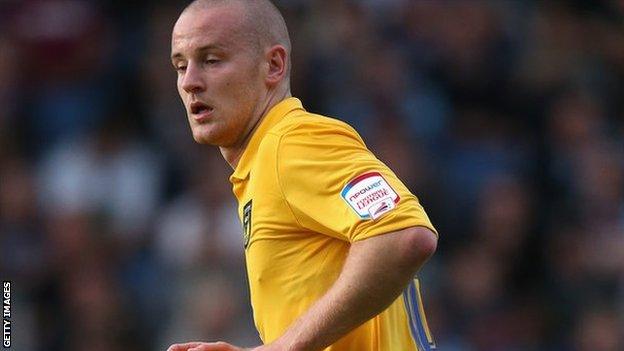 Deane Smalley's 116th-minute penalty earned Oxford victory after extra time at Gateshead to book a date with Wrexham in the FA Cup second round.

Ryan Williams was felled by a clumsy tackle from James Curtis and referee Paul Tierney pointed to the spot.

Smalley, who scored drilled home to send the U's through.

It came just moments after Gateshead winger James Marwood had volleyed against the post.

The hosts dominated possession from the off but a corner provided their best chance of the first period, an unmarked Curtis heading straight at Oxford keeper Ryan Clarke at the back post.

The League Two leaders were better after the restart and striker Dave Kitson saw his header cleared off the line by Jamie Chandler.

Gateshead then wrestled back the ascendancy and Colin Larkin had a wonderful chance but from 18 yards could only fire straight at Clarke before the final five minutes petered out to extra time.

Gateshead keeper Adam Bartlett had to be at full stretch to push Williams's curling effort away.

The majority of the 2,632-strong crowd, the Tynesiders' highest for almost three years, went wild on 100 minutes when Larkin scuffed the ball home at the back post only to turn and see a raised flag for offside.

Chandler had a shot blocked as time ticked down and Gateshead continued to press but Smalley's late penalty broke the non-leaguers' hearts.