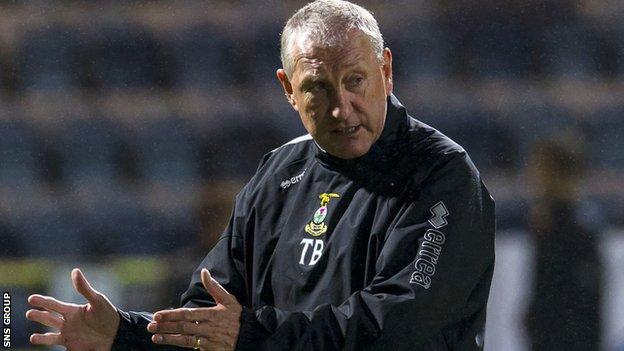 The Highland side insist they will strive to keep the 54-year-old former England captain at the club.

But Butcher, who is out of contract at the end of the season, is now free to discuss the possibility of replacing Pat Fenlon at Easter Road.

Butcher has been at Caley Thistle since January 2009 and was offered a new deal this summer.

Inverness, who sit third in the Premiership, visit seventh-placed Hibernian on Saturday.

"Terry has been informed of the situation and has expressed an interest in meeting with Hibs officials," said chairman Kenny Cameron.

"The club has, with great reluctance, granted him permission to do so. We will, however, continue to do everything possible to ensure that Terry remains our manager.

"Given our current position in the SPFL and the fact that once again we have a cup semi-final to look forward to, it is inevitable that if any managerial positions arise, our manager will be on the wanted list.

"We have a game on Saturday and it's important that our club's focus is on taking three points to maintain our challenge at the top of the league.

"As with the Barnsley approach in January, we will be making no further comment until we're fully aware of the outcome of discussions."

and led Inverness to their highest ever finish in the Scottish Premier League - fourth place.

Previously, the former Coventry City and Sunderland boss managed in Scotland with Motherwell and followed that with short spells in charge of Sydney and Brentford before taking over at Caley Thistle.

Hibs released a statement confirming their approach and the Easter Road club said they were "grateful to Inverness CT FC for granting permission".

Meanwhile, Jimmy Nicholl, who was assistant to Fenlon and took charge of Hibs for , has been asked again to prepare the first team for Saturday's visit of Inverness.